Fans of Emily Mitchell were shocked to learn weeks ago that pregnant Instagram influencer and her unborn son died three days before Christmas after she became unresponsive at breakfast. Now, her family has shared what happened.

Mitchell, 36, who was a mother of four, suffered a pulmonary embolism, or a blockage in the pulmonary artery of the lungs, her family wrote in a letter on a GoFundMe page set up for them.

"A few days ago we learned from the state Medical Examiners Office that the official cause of death was a pulmonary embolism," the letter reads. "Although it is challenging to wrap our heads around how this could have happened, we know all first responders and medical personnel did everything they could to help, and therefore we are certain that it was simply her time; the Lord was calling her home."

The family also vowed to "continue our commitment to homeschool in the same spirit and vision that Emily was so passionate about, and we are looking forward to learning how best to continue sharing what the kids and I are up to on Instagram."

Mitchell shared the news of her fifth pregnancy on Instagram in early November. "YOU GUYS. NUMBER FIVE. 🥳 Who guessed the secret?!!! 🤣🥳🥳 you've probably noticed I've been a little MIA..welp this be the reason lol 😂🤢😴🥳Number FIVE comin in hot and we are here 👏🏻 for 👏🏻 it 👏🏻," she wrote in the caption.

Mitchell's final post was on Dec. 8, where she wrote about needing to have fifth C-section with this baby.

Mitchell's death raises a lot of questions, including how a young, otherwise healthy woman could suddenly die this way. Here's what you need to know.

What is a pulmonary embolism, exactly?

A pulmonary embolism (also referred to as a PE) is a sudden blockage in a lung artery. It starts with a deep vein thrombosis (DVT), which is when a blood clot forms in a deep vein, usually in the lower leg, thigh, or pelvis, according to the National Heart, Lung, and Blood Institute (NHLBI). When that clot breaks loose and travels through the bloodstream to the lungs, it can cause a pulmonary embolism.

PE is a serious condition. It can cause permanent damage to the lungs, low oxygen levels in your blood, and damage to other organs in your body from not getting enough oxygen. A pulmonary embolism can also be life-threatening, Medline Plus says, especially if the clot is large or if there are several clots.

What causes a pulmonary embolism?

While anyone can develop a PE, there are certain factors that raise your risk. Per Medline Plus, those include: 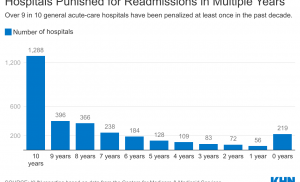 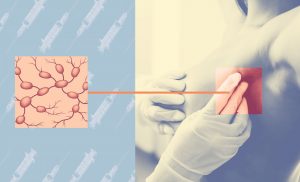 March 12, 2020
31 Best Love Quotes From Movies You Need To Watch ASAP
Hello, I have two issues. I have phimosis, which I am not confused about. My other issue is that the interior of my foreskin in some areas is fused to my glans on the side of head. How do I go about separating the skin?
Medications