Germany discussed vaccination on measles. Now a publication shows that many provinces miss the actually important targets on vaccination. The East comes out much better than the West.

As a Basis for the report of the entrance examinations, where the health authorities to document the vaccination status of the children served, data from School. The Numbers come from the year 2017 and have now been published in the Epidemiological Bulletin of the Robert Koch Institute.

Although all provinces achieved a good rate of the first measles vaccination. The proportion of vaccinated children increased in the last years of 95.9 percent (in 2008) to 97.1 percent (2017). In order for children (and also adults) are adequately protected against the disease, however, you need a further, second vaccination.

Here, the vaccination Coverage in Germany was far lower than desired. Only 92.8 percent of the School had received the second injection against measles. The world health organization (WHO) recommends that, to immunize at least 95 percent of the population. Only then is it realistic that the measles eradicate.

Mecklenburg-Western Pomerania, Baden-Württemberg at the end of

This ratio reached the second vaccination, only Mecklenburg-Western Pomerania and Brandenburg. In a nationwide comparison, the worst cut from Baden-Württemberg, there’s not even a 90 per cent had received the second dose. “The gaps in measles are still too large,” writes the Federal centre for health education (BZgA).

Federal Minister of health, Jens Spahn (CDU), took the Figures as an occasion to again call for a vaccination: “Despite all the awareness campaigns, the vaccination rates are not increased in the past few years. Therefore, the measles vaccination in kindergartens and schools, must be mandatory,” he said. “After all, who vaccinates, and protect not only themselves, but also the community.”

Actually, the Robert Koch Institute established Standing Committee on vaccination (Stiko) recommends vaccinating children at the age of eleven to 14 months for the first Time against measles. At the age of 15 to 23 months, the second dose should follow.

All vaccinations: The East front

In addition to the measles vaccination, the Robert Koch Institute, observed the gap in the other, by the Stiko-recommended vaccinations, a clear East-West. With all the recommended treatments the children had in the Eastern States better protection than the children in the West. The difference is especially great in the case of the Hepatitis B vaccination. Here, the ratio was 90.5 percent in the Eastern länder of 4.3 percentage points higher than in the Western.

In addition, the experts documented a General negative Trend. Although the vast majority of parents to have their children vaccinated is being decided today. Between 2014 and 2017, the rates of many well-established vaccines for children entering School, however, declined steadily, including the Figures for diphtheria, Tetanus, pertussis or polio.

For example, the percentage of children who are fully protected against Tetanus decreased between 2014 and 2017 in the state of Baden-Württemberg, Bremen and the Saarland to between three and five percentage points. Only in one Federal state of Germany there was an exception: Mecklenburg-Western Pomerania. 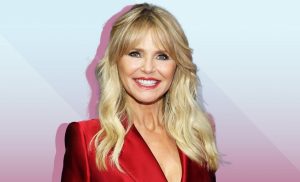 April 5, 2019
Soon the leading cause of death third cause: 10 facts about the lung disease COPD
Doctor refuses to sit in chairs that make us seriously ill
Medications