Why do some people seem unable to catch COVID? Scientists are looking for answers 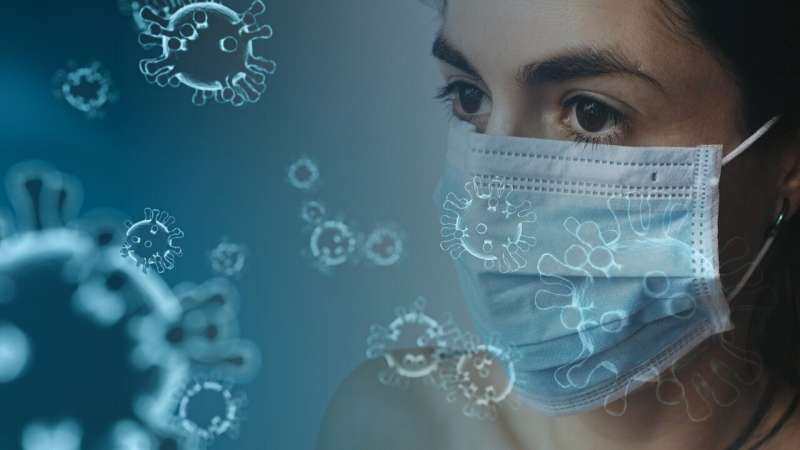 One of the lingering mysteries of the COVID-19 pandemic is why some people get infected without getting sick and others don’t get infected at all, despite exposure.

Beyond a few known risk factors, it’s mostly dumb luck that determines how someone will fare if they are exposed to the virus that causes COVID-19, a handful of researchers said.

But they’re still trying for more scientific answers by studying people who are intentionally exposed to the virus and those who escape its effects.

Paine, 26, of London, volunteered for a “challenge trial”—meaning researchers dribbled the virus that causes COVID-19 up her nose, intending to get her sick.

For 17 days last year, she had to stay in a single room in London’s Royal Free Hospital, unable to leave, exercise or see anyone who wasn’t encased in a hazmat suit. The food was the worst part, she said, ordered ahead for her entire stay and more appropriate for an airplane ride than a regular diet.

Between all the poking and prodding, she was allowed to go to bed only after 11:30 p.m., and was awakened by 6:30 a.m. She felt awful the whole time, but she wasn’t sure whether it was because of the lack of sleep and mediocre food, or because she had COVID-19.

Like half of the 36 U.K. residents paid about $6,500 to be willingly exposed to COVID-19, she never developed an infection and never shed virus.

Dr. Andrew Catchpole, who helped lead the research, said he didn’t expect everyone to get sick. He runs regular challenge trials for infections like the flu and always aims for about 50% to 70% to fall ill, to ensure he is giving enough, but not an unsafe amount of virus.

But it didn’t take much virus to give those 18 people COVID-19, and though data is still being analyzed, they have yet to identify a clear reason why the others didn’t catch it, or why some of those who did never reported significant symptoms.

“(That’s) the great unknown—the X factor that has yet to be discovered,” said Catchpole, chief scientific officer of Open Orphan, the company that ran the study.

Infection—or lack of one—mainly has to do with chance combination of multiple factors, he and others said.

Many ingredients are in the mix, including amount of exposure, genetics, and immunity—”all factors which we are not aware of going on in our bodies and the environment, which affect all these things,” Catchpole said.

For Paine, all the poking and prodding she went through—and the fact that she was chosen for the trial out of 26,000 people who raised their hands—was a happy reminder that she’s among the healthiest of humans.

“It’s quite nice to know everything is ticking along quite nicely,” she said, and it helped take away some of her fear of getting infected with COVID-19.

It never crossed her mind to quit the study early.

“If this is the two and a half weeks I have to give up to provide research to shorten the time we all have to live with this, that’s absolutely nothing,” she said.

For someone who is vaccinated, exposure likely plays a role in whether they get sick, said Florian Krammer, a virologist at the Icahn School of Medicine at Mount Sinai in New York.

That’s why “social distancing” from sick people and mask wearing reduces the likelihood of getting sick.

“It’s really just a question of not getting exposed in the right amount,” Krammer said.

With infectious diseases like HIV, malaria and the stomach bug, rare individuals have a genetic gift that allows them to avoid falling ill.

And just as studying those outliers can offer insights into those diseases and potentially lead to treatments, Dr. András Spaan, a microbiologist at The Rockefeller University in New York City, hopes to learn more about COVID-19 by studying people who don’t get it.

Spaan and his colleagues have already shown that genes can make COVID-19 worse. About 10% of patients with severe COVID-19 pneumonia share a genetic fluke, they found in a paper last fall.

No one knows how many people have such natural resistance to COVID-19.

When Spaan and his colleagues published their first paper on the subject back in the fall, they were inundated with 7,000 emails from people all over the world offering to participate in their research.

So far, he said, the group, which now includes 150 partners, has enrolled 700 volunteers, analyzing their DNA and experiences with COVID-19.

It’s unclear whether immunity to the virus that causes COVID-19 would translate to protection against other viral illnesses, such as the flu. Spaan thinks the luck is probably specific to COVID-19 and maybe even individual variants of the virus.

And very often, there’s a price to pay for genetic resistance to disease, which is why it tends to be biologically limited, he said. Genes that confer resistance to malaria, for example, also increase risk for sickle cell disease, a lethal and extremely painful blood disorder.

“By studying how human genetics works against COVID, there may be evidence for therapeutics,” he said.

The human immune system has evolved a number of layers of protection, some of which have been around since our ancestors were single-celled organisms and others that arrived more recently, said Dr. Christopher Chiu, an infectious diseases physician and immunologist at Imperial College London.

One of these layers includes antibodies, which can recognize viruses, bind and neutralize them. Some of these antibodies can be found in the nose and begin attacking viruses like SARS-CoV-2, which causes COVID-19, before they have a chance to enter the body.

“(If) the virus in the droplets or aerosols that you breath in are at relatively small amounts, having the antibody right there may well block infection completely,” said Chiu, who was chief investigator of the British challenge trial for COVID-19.

But it’s hard to measure levels of antibody in the nose, so it’s unclear whether someone has enough antibodies there to protect against infection.

The immune system’s T cells can also recognize virus-infected cells and clear them before the virus can grow too much or spread around the body. Again, these are tough to measure, Chiu said.

And very little is known, he said, about the ancient protective mechanisms, like viral-killing proteins in the mucus. These have been around nearly as long as viruses, so pathogens have learned ways to evade them. “It’s really difficult to establish whether they have a big effect or not,” Chiu said.

Other than getting vaccinated and taking care of yourself, there’s not much people can do to build an immune system SARS-CoV-2 can’t penetrate. Krammer chuckled at the idea that some people didn’t have to worry about COVID-19 because they have a “strong” immune system.

But some people might have an immune system that responds so quickly to infection that the virus doesn’t have time to replicate much before it gets knocked out. This is why children generally—though not always—have a mild response to a COVID-19 infection, Krammer said.

Some people might be less vulnerable to infection because they were recently infected with different viruses, for example common cold viruses, Krammer said. This, and other infections as well, can activate part of the immune system, providing short-term protection from other viruses including SARS-CoV-2. That protection fades fast.

But having antibodies that recently fought off a similar virus might, at least for a few days, save someone from a severe case of COVID-19, Krammer said.

Previous infection with COVID-19 seems to provide protection for about 20 months, according to a study published Thursday.

The immunity from infection is better than vaccination alone, whose protection wanes, said Peter Nordstrom, an author on the study and a professor of pediatric medicine at Umeå University in Sweden.

After six months, protection from vaccination was only about half as good as it was shortly after the shots, while “a previous infection, if you survive it, provides very good protection,” he said, warning that it would be dangerous to try to get infected.

Mutations and the rise of different variants can also weaken the immunity provided by infection, he said. “Perhaps an infection from the alpha strain does not protect against the omicron.”

And people can still get infected even if they’ve been vaccinated or infected before.

Initially, it seemed that some people had natural immunity to the virus—maybe because of a previous infection or an immune system quirk. But as time has passed and the virus has evolved, it seems COVID-19 is likely inevitable for nearly everyone who isn’t vaccinated, said Prabhat Jha, an epidemiologist at the University of Toronto and St. Michael’s Hospital.

“Very few people seem to generally escape infection,” he said. “It’s just a matter of time and the strain variation.”

In addition, there are clearly risk factors that make people more vulnerable to getting sicker if infected, including pregnancy, diabetes, obesity and advanced age.

These risk factors may partially explain why many countries in Africa have seen less devastation from COVID-19 than was initially feared. The median age across the continent is just under 20, while it tops 38 in North America.

Africans are also less likely to obese or have risk factors like diabetes.

“If you have a younger, slimmer population with less diabetes, it’s going to be less likely that they get sickened if infected by the virus,” Jha said.

Jha is currently studying COVID-19 infections with researchers in Sierra Leone, a west African nation that was devastated by the Ebola epidemic of 2014-2016. They are trying to understand why there have been relatively few deaths from COVID-19 in that country, despite widespread infections, little use of masks, no vaccines and little ability to maintain social distance. 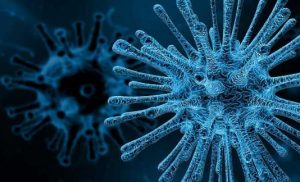 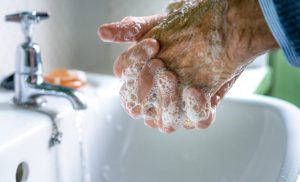 Amid coronavirus, 1 in 4 Americans are failing to wash their hands: CDC 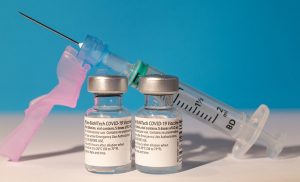 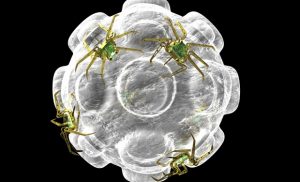 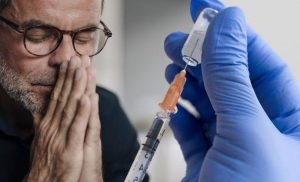 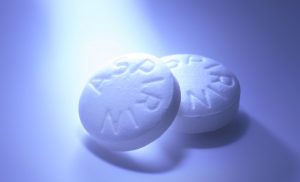 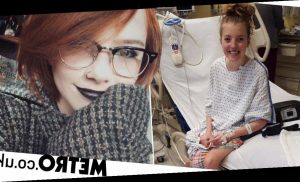 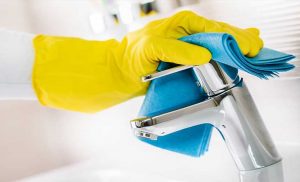 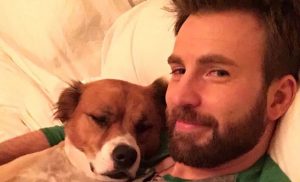 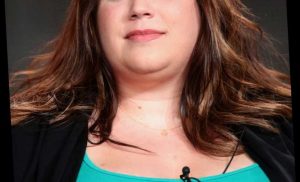 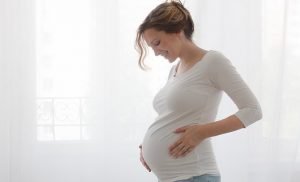 Swallowing your partner’s semen ‘could reduce the risk of miscarriage’ 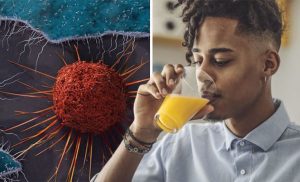 How to live longer: The ‘healthy’ drink linked to a 24% greater chance of early death