Royal College accused of 'homophobia' for quiz question on HIV

The Royal College of Surgeons was accused of homophobia after asking trainees a question that critics say suggested HIV was a ‘gay disease’.

Medics and sexual health charities have blasted the college for ‘stone age’ thinking.

HIV charity, The Terrence Higgins Trust, argued it perpetuated harmful, decades-old stereotypes towards men who have sex with men.

But some doctors defended the question, with one medic stating it was there to test medical professionals ‘knowledge not opinions’. 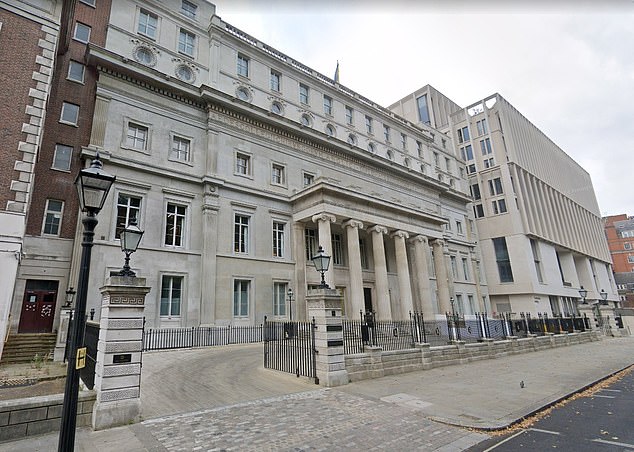 The multiple-choice question featured in a Royal College of Surgeons exam, held on Tuesday.

QUESTION: You have a needlestick injury when drawing blood from a 27-year-old homosexual man, which of these viruses are you most likely to contract?

The multiple-choice question featured in an exam, held on Tuesday.

Exam-goers, made up of doctors wanting to become specialists, must pay £578 to sit the test to become members of the Royal College of Surgeons.

It reportedly read: ‘You have a needlestick injury when drawing blood from a 27-year-old homosexual man, which of these viruses are you most likely to contract?’.

Needlestick injuries are when a surgeon accidently stabs themselves with a needle which has been used on a patient.

It potentially puts them at risk of a bloodborne viruses, such as HIV.

Prospective surgeons and other doctors immediately took to social media to express their outrage over the exam question.

Gemma, a doctor based in Edinburgh, tweeted she was ‘concerned’ by the question, describing it as ‘rooted in homophobic prejudice’.

Dr Rhea Chouhan, who also claims to have sat the exam, said she was ‘shocked’ by the question.

‘It distracted me during the exam, it was very unnecessarily and harmfully worded,’ she said.

Dr Yasmin Walters, a specialist in HIV and sexual health, accused the College of ‘stone age thinking’ on social media.

‘My friend just sat MRCS (Membership of the Royal College of Surgeons) and tells me you’re still writing questions that should be left in the Stone Age,’ she said.

‘Questions about getting a needle stick from “a homosexual” and what BBV you’re “most likely to catch” is just not appropriate.’

The Association of LGBTQ+ Doctors & Dentists also voiced their displeasure over the question’s wording. It stated the question was ‘built around harmful stereotypes and prejudice towards members of the LGBTQ+ community’.

However, some doctors questioned the level of vitriol from their colleagues.

Dr Joel Pittaway, from Bromsgrove in Worcestershire, said: ‘I’m sure I’ll be piled on but I would happily answer this question without worrying about its connotations as it’s a question and ergo not real.

‘Why is it a problem and why does it cause offence? It’s there to test knowledge not opinions surely?’

The RCS has now apologised for the question, adding it will undertake a review and ensure questions are more ‘inclusive’ in the future.

A spokesperson told MailOnline: ‘It has understandably caused offence and disquiet among exam candidates, members and fellows of the surgical colleges. 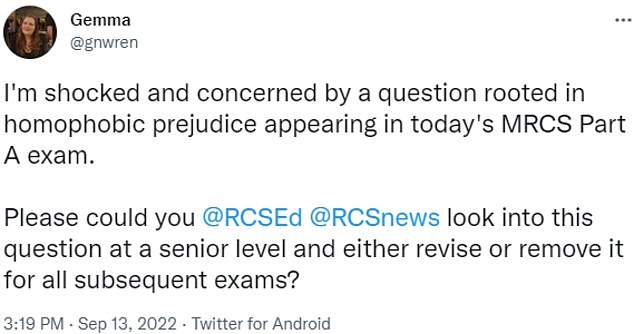 Gemma, a doctor from Edinburgh, who sat the most recent exam was ‘shocked and concerned’ over the question she described as being ‘rooted in homophobic prejudice’ 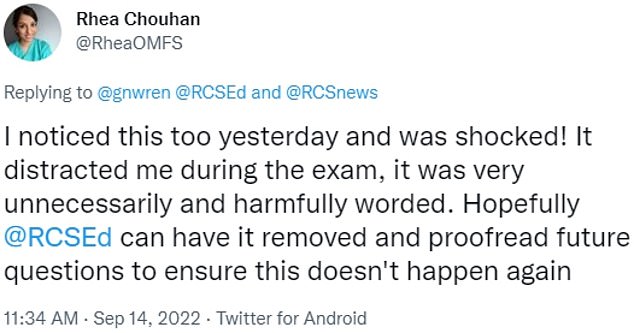 Another doctor sitting the exam, Rhea Chouhan, said the tone of the question distracted her from the exam and urged the Royal College of Surgeons to remove it from future tests 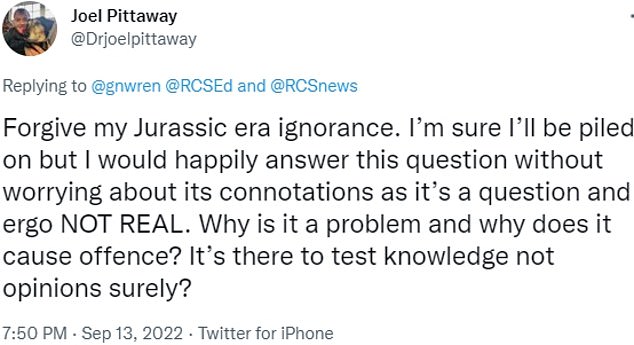 However, some doctors, like Joel Pittaway from  Bromsgrove in Worcestershire in defended the tone of the question, stating it was there to test people’s ‘knowledge’

WHY MODERN MEDS MEAN HIV IS NOT A DEATH SENTENCE

Prior to 1996, HIV was a death sentence. Then, anti-retroviral therapy (ART) was made to suppress the virus. Now, a person can live as long a life as anyone else, despite having HIV.

Drugs were also invented to lower an HIV-negative person’s risk of contracting the virus by 99%.

In recent years, research has shown that ART can suppress HIV to such an extent that it makes the virus untransmittable to sexual partners.

That has spurred a movement to downgrade the crime of infecting a person with HIV: it leaves the victim on life-long, costly medication, but it does not mean certain death.

Here is more about the new life-saving and preventative drugs:

It suppresses their viral load so the virus is untransmittable

In 1996, anti-retroviral therapy (ART) was discovered.

The drug, a triple combination, turned HIV from a fatal diagnosis to a manageable chronic condition.

It suppresses the virus, preventing it from developing into AIDS (Acquired Immunodeficiency Syndrome), which makes the body unable to withstand infections.

After six months of religiously taking the daily pill, it suppresses the virus to such an extent that it’s undetectable.

And once a person’s viral load is undetectable, they cannot transmit HIV to anyone else, according to scores of studies including a decade-long study by the National Institutes of Health.

It is 99% effective at preventing HIV

This pill works like ‘the pill’ – it is taken daily and is 99 percent effective at preventing HIV infection (more effective than the contraceptive pill is at preventing pregnancy).

It consists of two medicines (tenofovir dosproxil fumarate and emtricitabine). Those medicines can mount an immediate attack on any trace of HIV that enters the person’s bloodstream, before it is able to spread throughout the body.

‘We will be urgently reviewing how this question was included and we can confirm that it will not be used again.’

The RCS, a 220-year-old institution which aims to promote good surgical care, also declined to reveal what it considered the correct answer to the question to be.

Charities and health authorities have long warned against framing HIV as a ‘gay’ or ‘homosexual’ disease.

It masks the fact that anyone can catch the virus, sexual health experts say.

‘People living with HIV report that they are most likely to experience stigma from healthcare professionals,’ he said.

‘Ill-informed, inaccurate and, frankly, homophobic questions like this will only perpetuate this and will do nothing to address the stigma, discrimination and poor experience that is still all too common an experience for people living with HIV.’

He added it was critical to remember that HIV has changed considerably since the early days of the epidemic.

During the AIDS crisis of the 80s and 90s, HIV was labelled a ‘gay disease’ due to it mainly affecting homosexuals men. It led to discrimination and misinformation about how people could catch the virus.

‘It is not a “gay disease” and anything that suggests otherwise should have been left back in the dark days of the ’80s and ’90s,’ Dr Brady said.

‘Today, effective treatment means people living with HIV can expect and enjoy a long and healthy life and have the confidence they have a zero risk of passing the virus on to their partners.’

HIV is a virus that damages cells in the immune system, weakening the body’s ability to fight off everyday infections and diseases.

If left untreated, it can lead to AIDS, which is the term for plethora of potentially life-threatening infections and illnesses that can occur after the immune system has been severely damaged by the virus itself.

HIV is mostly spread through unprotected sex. But it can also be caught through sharing needles when doing drugs or from accidental injuries with needles or other sharp objects in a health setting.

The NHS advises, however, that the odds of a healthcare worker contracting HIV by accidently pricking themselves with an infected needle is extremely low.

There an estimated 105,200 people living with HIV in the UK, 95 per cent of which diagnosed.

In the US the number is much higher with an estimated 1.2million people having HIV, with one in eight unaware they have it.

Decades ago, catching HIV used to be effectively be a deaths sentence as people’s immune system grew weaker and the succumbed to AIDS.

While there is still no cure modern antiviral drugs mean the virus can be suppressed to such an extent that HIV positive people they cannot pass it on to others.

Other drugs have been developed which, if taken daily, are 99 per cent effective at preventing HIV infection. 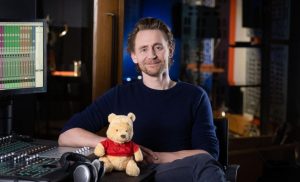 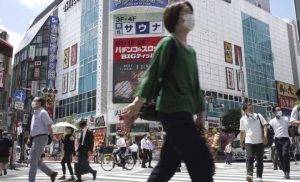 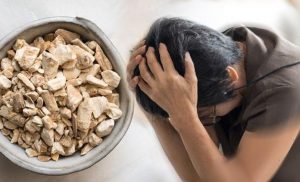 Best supplements: Pill with powerful chemicals to help reduce your risk of having a stroke 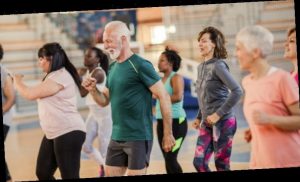 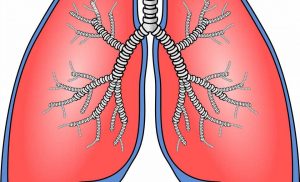 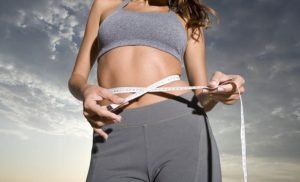 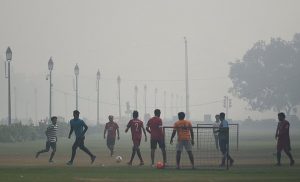 Climate change 'is damaging the health of the world's children' 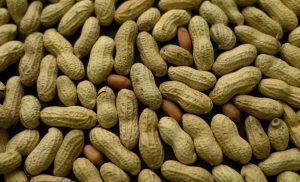 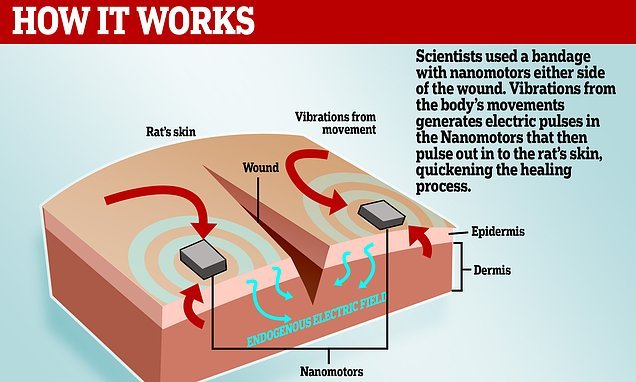 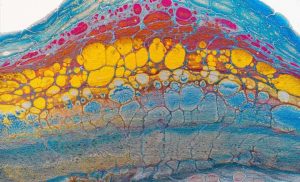 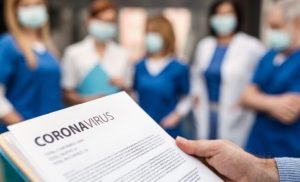 Corona-symptoms: loss of Smell can be a hint for COVID-19 – Naturopathy naturopathy specialist portal