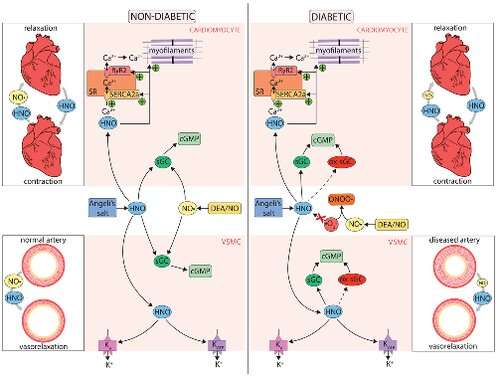 A new study led by Monash University researchers has, for the first time, shown that the chemical compound “nitroxyl” may represent an effective and rapid intervention for cardiovascular emergencies in type 2 diabetes mellitus (T2DM).

Nitroxyl has recently been recognized as a potential pharmacological agent for the broader treatment of heart failure, however, this is the first time that it has shown to be a potential intervention for cardiovascular emergencies in T2DM.

The study, led by the Monash Institute of Pharmaceutical Scientists (MIPS) and published in the British Journal of Pharmacology, highlights the therapeutic potential of nitroxyl in cardiovascular emergencies such as acute ischemia or heart failure, where blood supply to tissues is decreased, leading to a reduction in nutrient and oxygen supply to the affected area.

The team of researchers set out to determine if a) T2DM promotes nitric oxide resistance in the heart and vascular system and b) whether tissue responsiveness to nitroxyl is subsequently affected.

In preclinical animal models, the team has shown and published the first report that T2DM does in fact induce nitric oxide resistance in the coronary and mesenteric arteries, which is in turn overcome by nitroxyl donor, Angeli’s salt.

This is significant due to the prevalence of T2DM, a rapidly growing epidemic affecting over 463 million people worldwide, with this number predicted to increase to 700 million by the year 2045.

Individuals with T2DM have more than a two-fold increased risk of developing symptomatic heart failure, a condition for which long-term prognosis is poor with a five-year mortality rate of approximately 75%.

MIPS Drug Discovery Biology Ph.D. candidate and the lead first author of the study, Anida Velagic, said that the risk of fatal cardiovascular events is increased in patients with T2DM, and that there is an urgent need for a therapy other than nitric oxide that can circumvent this problem.

“This means that the need for another therapy that circumvents this problem is paramount. In this study we’ve been able to provide the first evidence that nitric oxide resistance in the coronary and mesenteric vasculature is overcome by the nitroxyl donor, Angeli’s salt, in T2DM.”

Leader of the Drug Discovery Biology Theme in MIPS and study senior author, Professor Rebecca Ritchie, said that the findings are a very exciting development for the team in their ongoing quest to identify new therapeutic strategies to prevent, delay or arrest the progression of cardiovascular diseases.

“Our research at MIPS is centered around the identification of new treatment strategies for arresting the progression of heart failure, particularly in the context of diabetes, so this is a very exciting study for the team and the wider cardiovascular research community,” said Professor Ritchie.

Brain ripples may help bind information across the human cortex: Ubiquitous bursts of brain waves appear to synchronize disparate and distant elements of memory, unifying them upon recollection 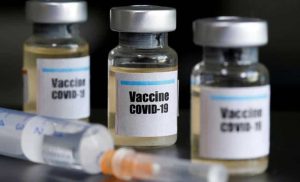 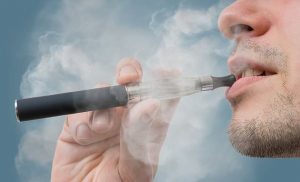 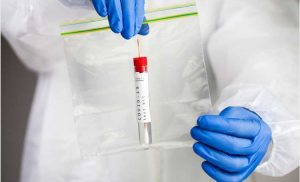 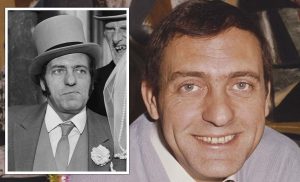 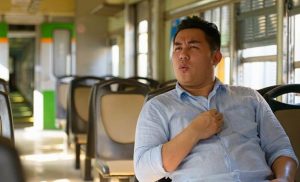 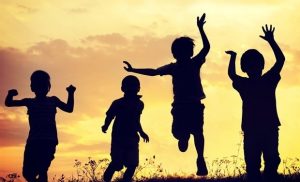 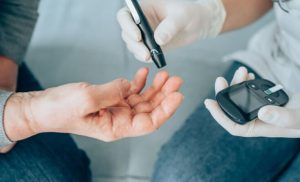 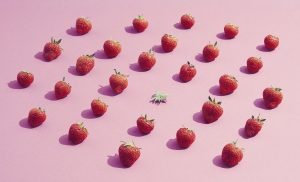 Is Sugar In Fruit Bad For You? A Health Expert Explains 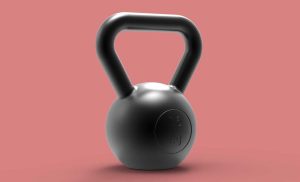 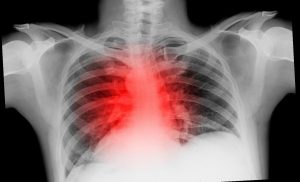