With a successful private ophthalmology practice she shares with her husband, three kids, and various entrepreneurial projects, Hawaii-based pediatric ophthalmologist Rupa Wong, M.D., might make a very full life look nearly effortless. But a little more than a decade ago, when she and her husband were in medical school, working as residents on the East Coast and making less than minimum wage, they lived "extremely frugally."

"I had paid off my medical student debt during residency," explains Dr. Wong. "I lived like a pauper. I wanted to get it done. I also had an academic scholarship, and I tutored students to pay my living expenses."

It's that mindset that Dr. Wong credits with setting her up for the giant financial leap she and her husband took when they moved to Hawaii in 2008 and decided to buy an existing practice. "Practices range from half a million to 2 million dollars," she explains. "That price tag was very daunting. It's a large amount of money for people who had just finished their training, and it's not like a house, where you can just sell it if you need to. It's hard to sell a practice."

But the couple had committed to moving to Hawaii, where Dr. Wong's husband's family had lived for generations, and they had no other option, as no hospitals or other practices were hiring.

While contemplating how they would pay for the practice, Dr. Wong caught wind of the news that the economy was about to take a nosedive into the Great Recession. "My husband had a little bit of savings in the stock market, and I texted him and said, 'Sell everything right now,'" she recalls. "He actually listened to me and liquidated everything, and then we had that money to put towards the down payment of the purchase of our practice."

The rest of the sum came from a bank loan and a personal loan from the retiring physician they were purchasing the practice from. "We had basically two loans to be able to cover the purchase price," notes Dr. Wong. And that felt like a tough pill to swallow for a couple who had avoided debt at all costs.

"I grew up the daughter of Indian immigrants, and you don't have credit card debt," says Dr. Wong. "I just don't like the concept of debt. It freaks me out—and same with my husband. So that part was really very, very scary to us."

But the Wongs went through with the deal, and seven months later, just three weeks before taking control of the practice, they found out they were expecting their first child.

That's when the couple's habit of living frugally served to help them navigate this stressful time. They moved in with Dr. Wong's mother-in-law and deferred their salaries for six months while they got the practice up and running. They eventually bought their own house, putting just 5 percent down and assuming a mortgage.

But all along the way, they kept their expenses down by getting creative, says Dr. Wong. "You can look on Pinterest and create a nursery with thousands of dollars or you can do it like we did: budget and Craigslist and Target, and create a really happy place that doesn’t require a lot of money," she notes. "The practice wasn’t so busy, and I had time to do a lot of DIY projects to make our house feel homey. We were used to living like students so it didn’t seem like sacrificing anything."

And when it came to managing the emotional weight of the debt that they had never been accustomed to carrying, the Wongs's partnership was a saving grace. "When one person was freaking out, the other person would be calm," she says.

It was the strength of their partnership, shared values, and communication that allowed them to build a successful practice and raise their three kids. Now, Dr. Wong has expanded her entrepreneurship by starting a community called The Attending Lounge—designed to empower female pre-meds, medical students, and those in training—as well as a mommy and me clothing line called Aryana.

Dr. Wong shares her top tips for finding your own personal version of success as an entrepreneur.

Like most parents, Dr. Wong feels like the phrase "work-life balance" is a bit unrealistic. Instead, she believes in making choices about how you want to invest your time and energy.

For the Wongs, that means eating dinner together as a family every single night, except if they have a dinner meeting or a date night. This has meant rejecting the idea of later office hours. "I need to be there for my children," says Dr. Wong. "That time with them is very precious to me. So I sacrifice income for that."

Communicate and Get on the Same Page as Your Partner

Ask any couples therapist, and they'll tell you that shared values, especially around finances, are integral to a harmonious partnership. Dr. Wong couldn't agree more, emphasizing the importance of being in sync with her husband on money issues.

"My husband and I have very similar views on finances, and I think that's obviously extremely important in any relationship," she notes. "Whatever your views are specifically, you guys gotta be on the same page."

This meant that they were able to see eye-to-eye on decisions like not taking fancy family vacations or splurging on expensive furniture for their home. And at the heart of that agreement is their ability to communicate, notes Dr. Wong. "It’s our norm to talk about these things," she says, encouraging other parents to nail down a regular set time for discussing their financial goals and game plans. Know When to Treat Yourself

Having grown up with such a frugal mindset and working so hard to build the private practice, Wong struggled to accept that she might be able to spend a little on "superficial needs" on occasion.

"It was almost like I needed permission from somebody else, because I wouldn't give permission to myself to spend $500 on a pair of shoes," says Dr. Wong. "Those habits were ingrained in me since I was a child. But I learned to let go of them a little bit."

Realizing she could treat herself and still afford the essentials, Dr. Wong got comfortable with the idea of spending on certain items that bring her pleasure, as long as they're within the family's budget. "When I turned 40, that's when I bought myself my first fancy purse," she recalls.

Although she's achieved so much already, Dr. Wong is still working on creating that ideal integration between work and family life. But when she does get too hard on herself, suffering from mom guilt, she remembers what her mother, a child psychologist, once told one of her mom friends who was worried she wasn't giving enough as an entrepreneur or to her family.

"My mom said, 'The fact that you’re worrying at all about any of this makes you a good mom,'" says Dr. Wong. The bottom line: "Give yourself grace." 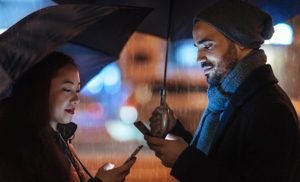 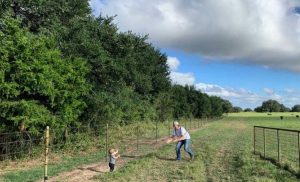 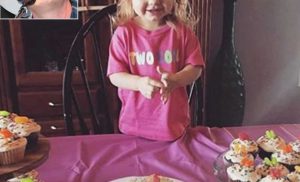 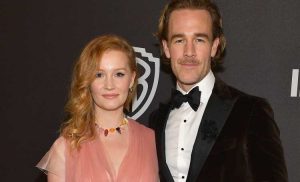 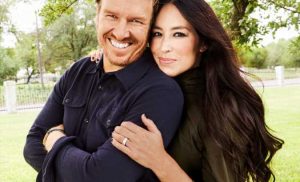 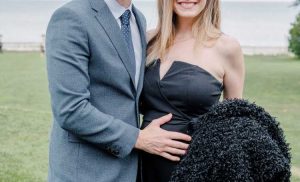 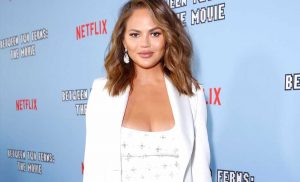 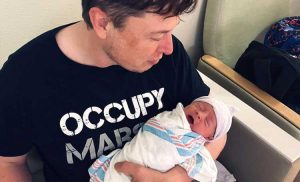 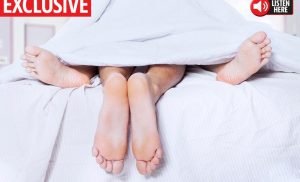 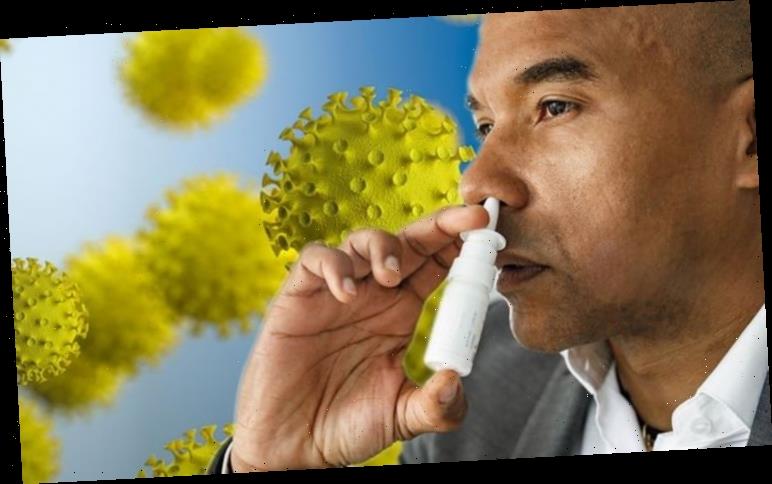 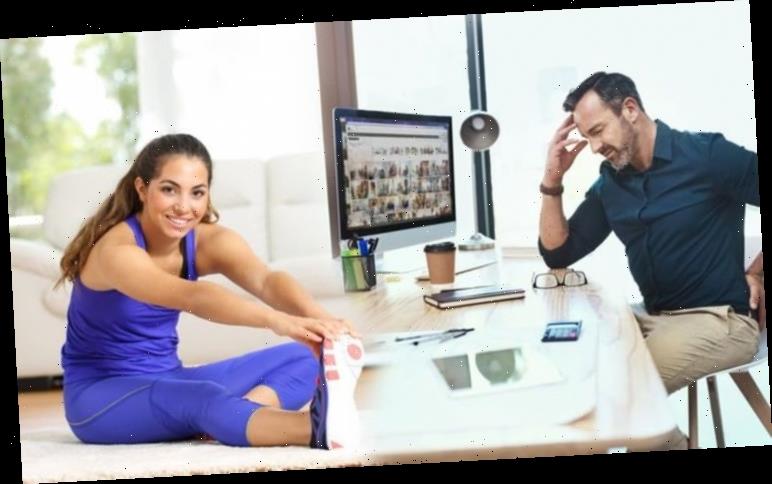 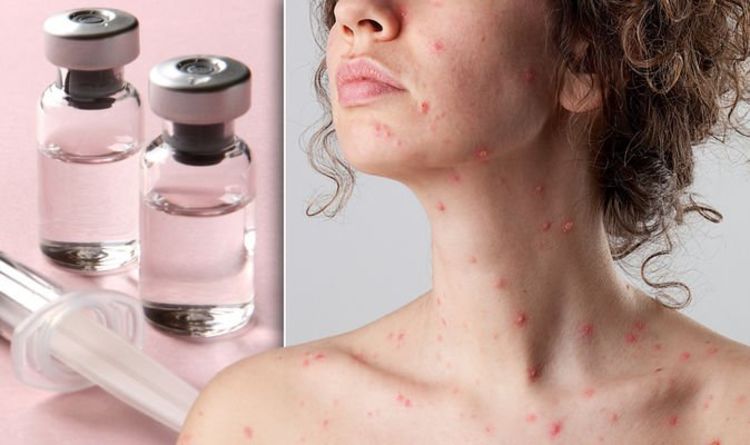